“Our type of education is both practical and democratic. Our aim is that of a true school: to train useful and intelligent citizens, who will not tear down but build-up, who will live for public service, rather than for selfish gain.”
Bayard Dodge: Inauguration Address, June 28, 1923

History of the Presidents: Profiles of previous AUB presidents. 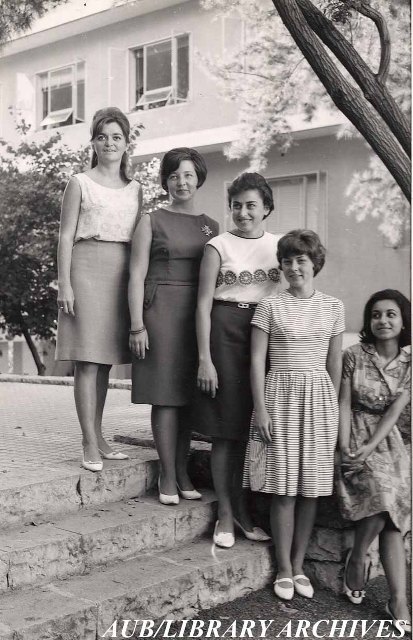 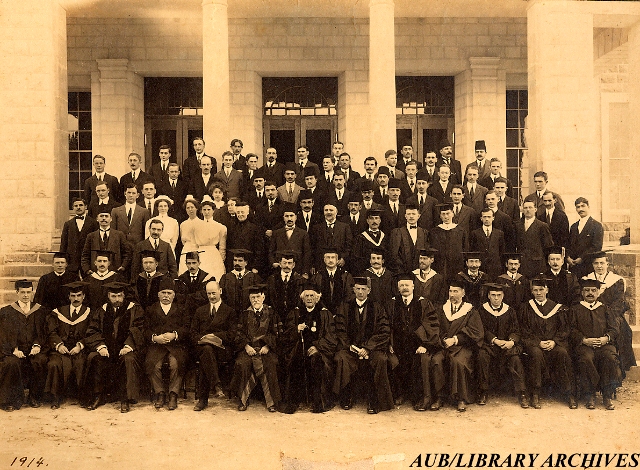 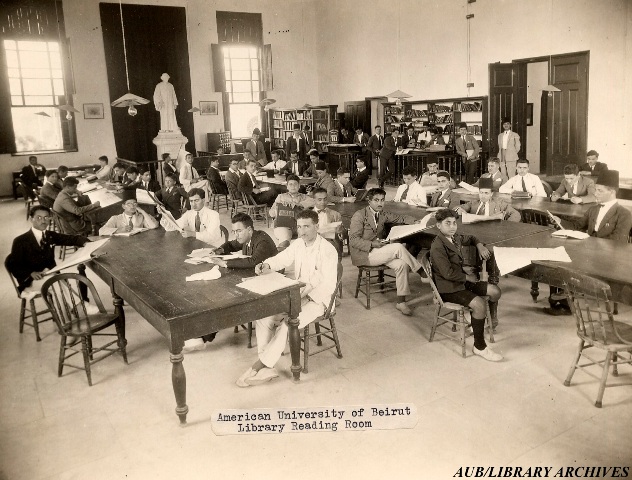 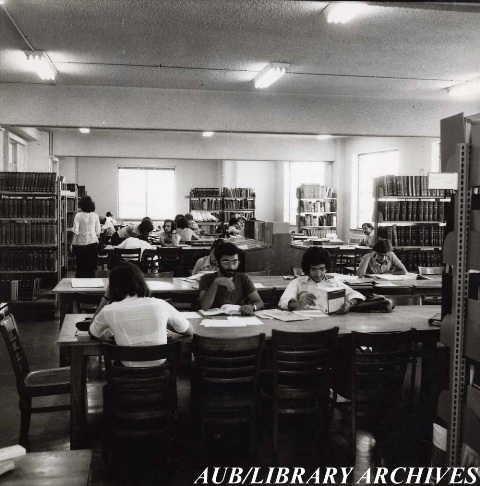 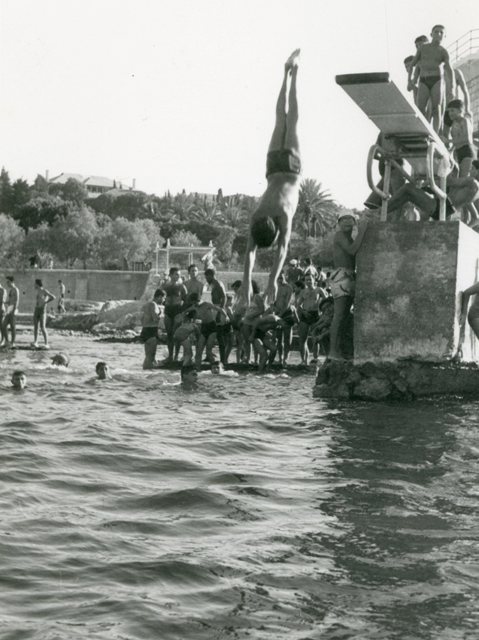 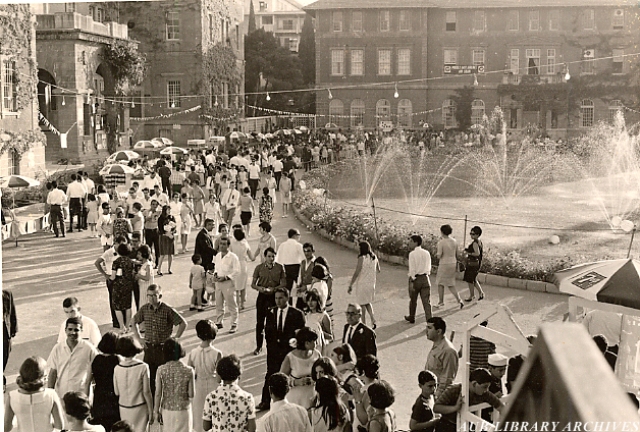 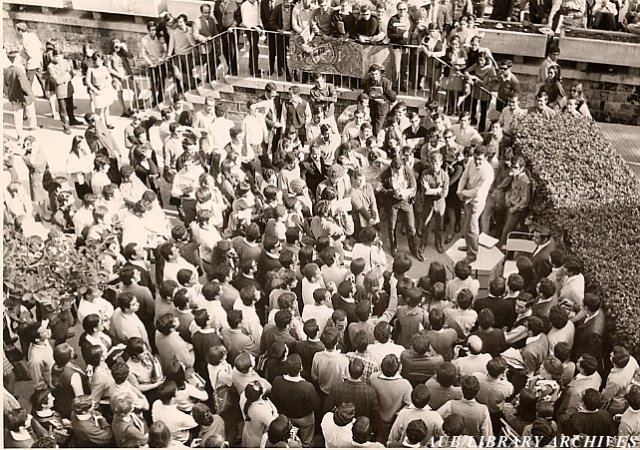 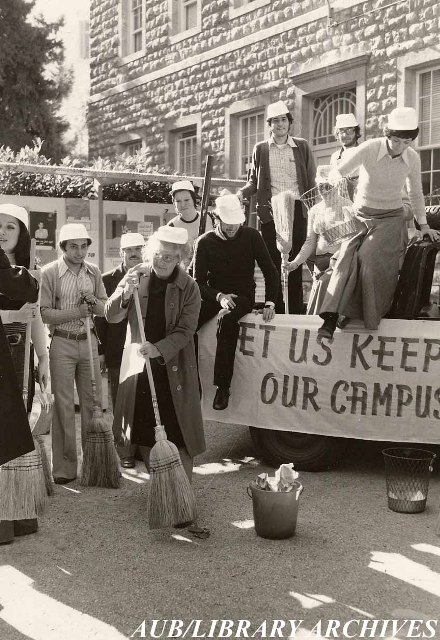 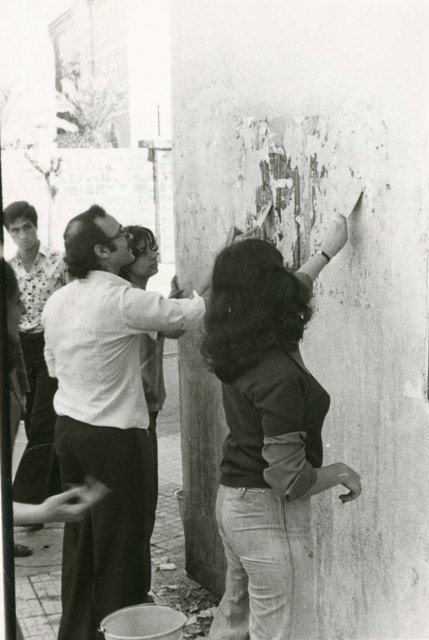 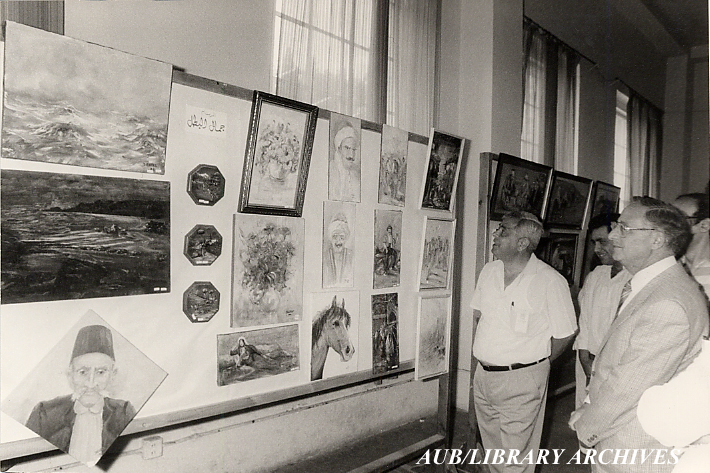 Exhibition on Works by Arab Painters, 1986 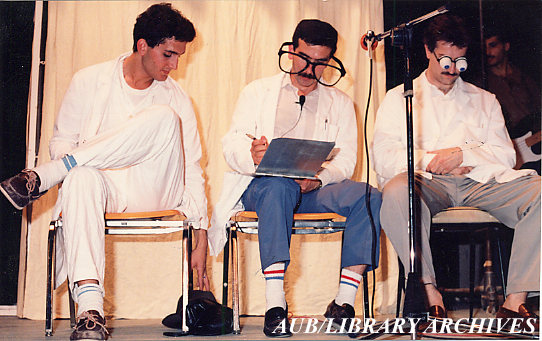 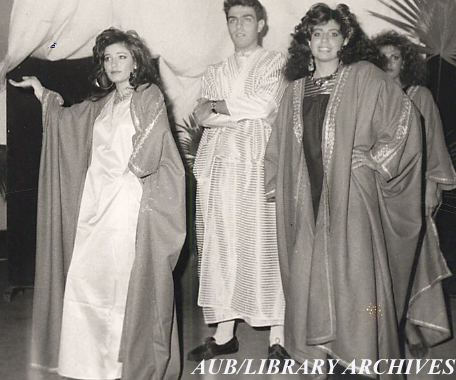 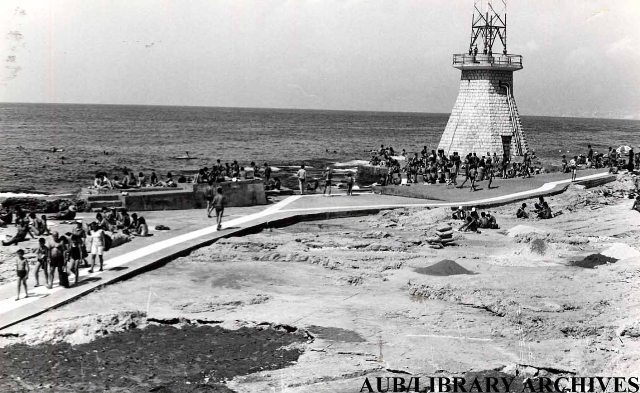 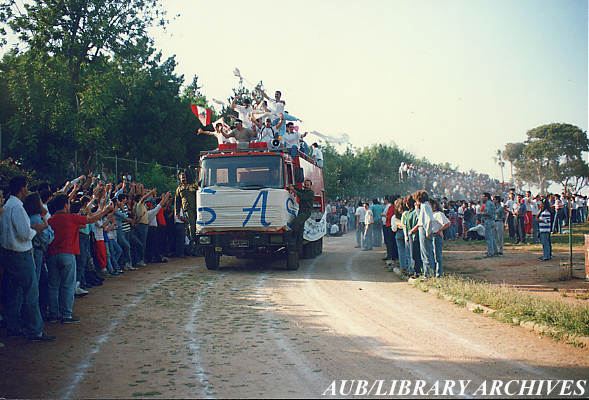 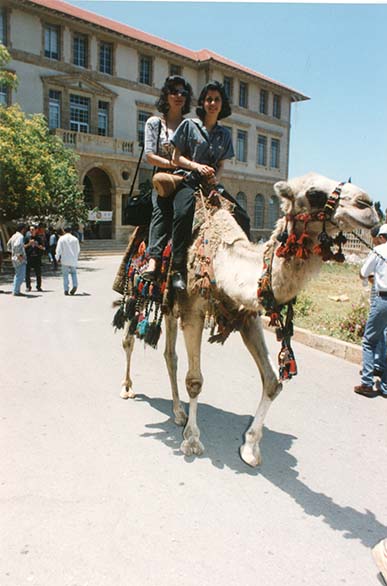 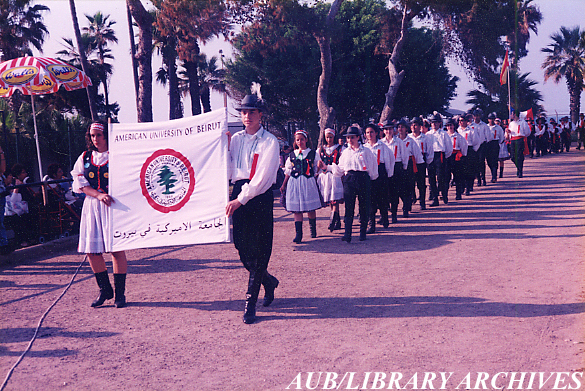 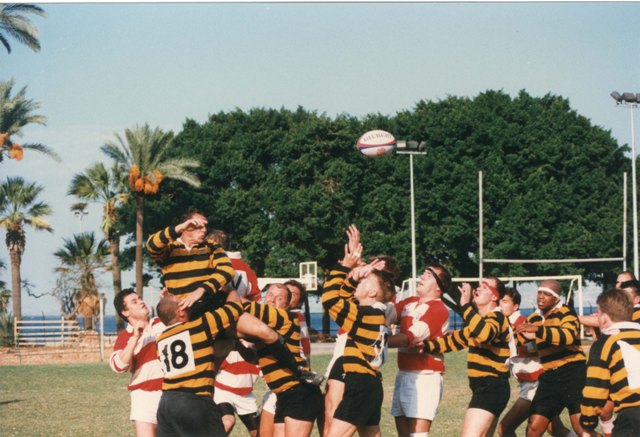 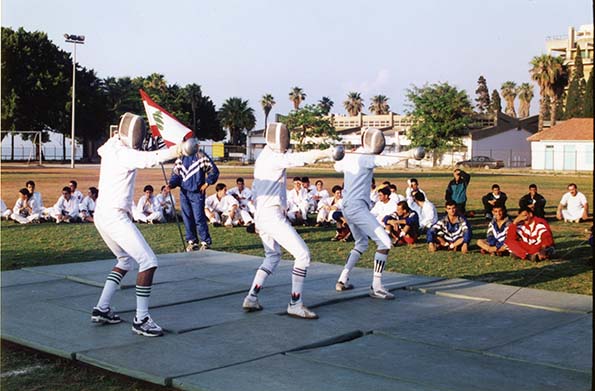 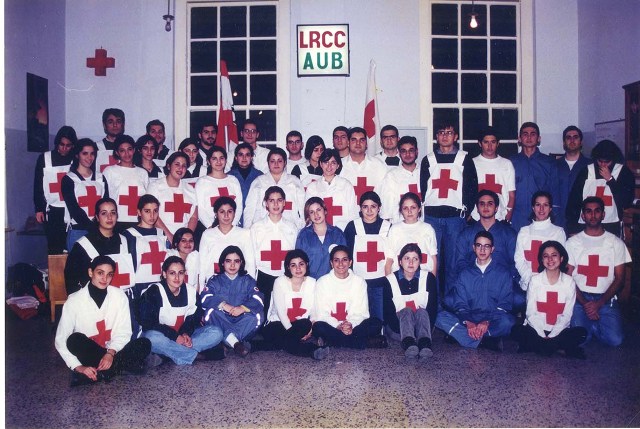 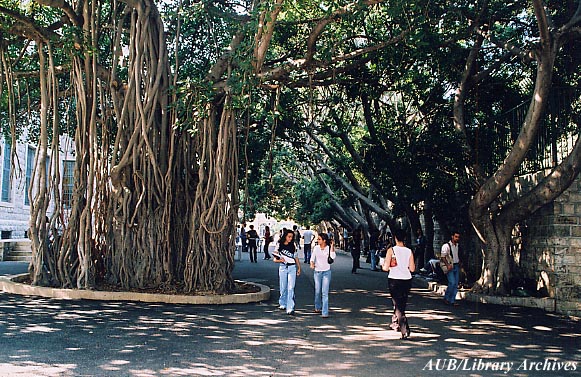 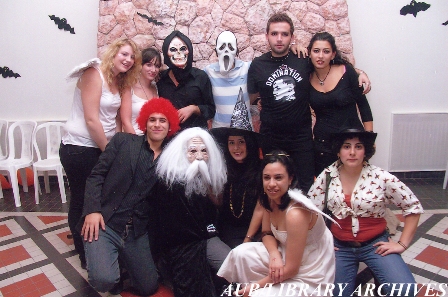 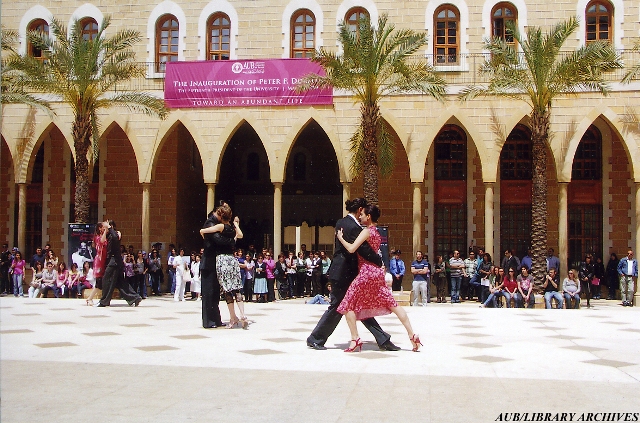 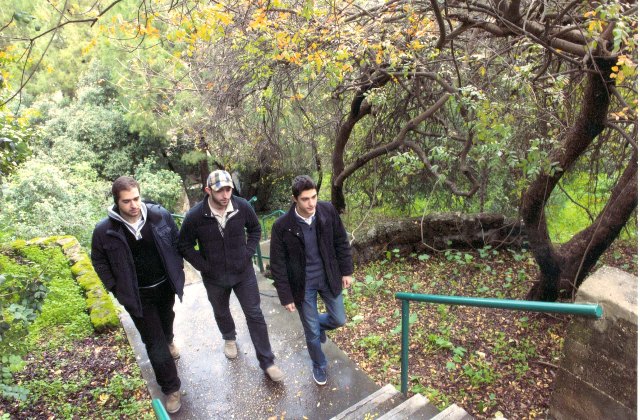 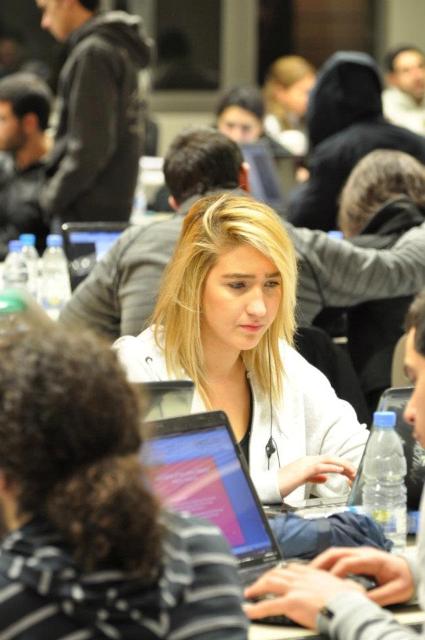 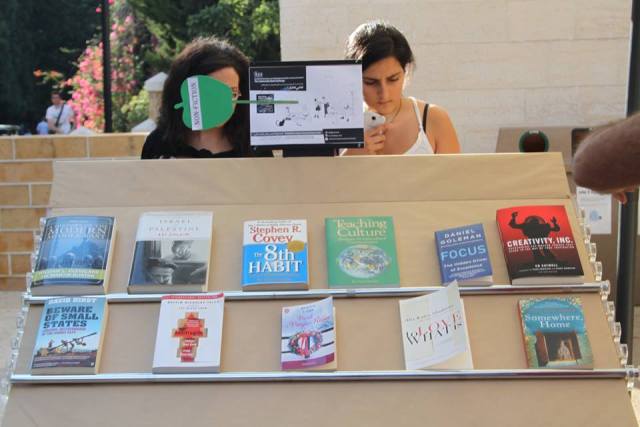 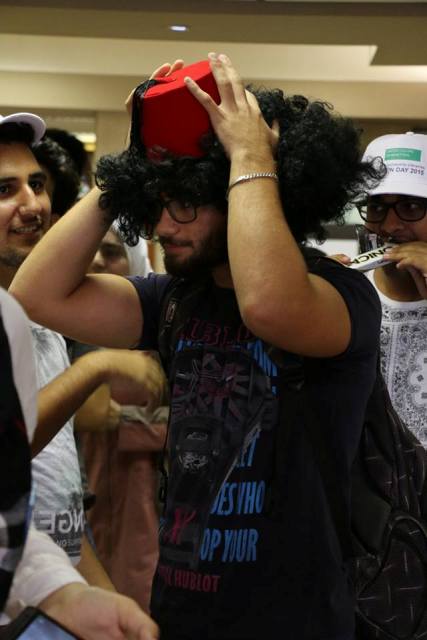 AUB Timeline: a chronological line that you can click on for bits of history, AUB firsts, medicine and health, campus and more.

1863: The State of New York granted a charter to the Syrian Protestant College.

1865: Cornelius Van Dyck directed the translation of the Old Testament into Arabic.

1866: The Syrian Protestant College (SPC) opened with its first class of 18 students on December 3.

1867: The Syrian Protestant College started the 'School of Medicine'.

1870: The original portion of Ras Beirut campus was purchased.

1883: English became the main language of instruction in the “School of Medicine”.

1894: The old observatory was rebuilt and completed in 1894. It was the first of its kind in this part of the world.

1897: SPC's General Statement of 1897-98 articulates for the first time that the Collegiate Department gives a liberal education.

1902: The College purchased a property across the street from AUB Medical Gate and established a 200-bed hospital that provided ancillary services.

1902: As of 1902 faculty were no longer required to sign the Declaration of Principles asserting the spiritual and missionary aims of the College that had been imposed after the Darwin controversy.

1910: Al-Kulliyah Published for the first time.

1917: SPC suspended classes for first time in its history during World War I from April to May of 1917 with the exception of the Dental School.

1917: During WWI Beirut became a German submarine base and SPC's hospital treated many war casualties.

1920: The Syrian Protestant College becomes the American University of Beirut and makes all professors equal.

1924: AUB officially became fully coeducational for a brief period in 1924; this followed a 1920 decision permitting women to enroll in graduate programs.

1928: Anbara Salam Khalidi lectures at AUB without the viel.

1933: Edma Abu-Chedid becomes the first women to earn a medical doctorate from AUB.

1941: AUB becomes WWII safehaven. People, came from the surrounding neighborhoods to sleep under the trees or in shelters on AUB's Campus.

1952: The Alumni Club was built behind the AUB hospital.

1954: Political protests on campus. AUB students conducted large-scale demonstrations in support of Palestinians and Algerians and against the Western-led Baghdad Pact.

1958: AUB is a site for the first open-heart surgery in Lebanon and the Middle East.

1965: AUB Professors Constantine Issidorides and Makhluf Haddadin discover the "Beirut Reaction," a chemical reaction that has led to the development of hundreds of antibacterial and anticancer drugs.

1974: Student occupation of campus buildings in response to the AUB's administration attempt to increase tuition and fees by 10%.

1981: AUB Outdoors held for the first time with almost 1,000 participants.

1986: AUB closes after a series of kidnappings on the AUB community.

1989: In October, full academic program resumes after around seven months closing of the campus.

1991: College Hall bombed on November 8, 1991. The bomb destroyed a large portion of College Hall and part of Jafet Library.

2007: Department of Design and Ecosystem Management was established.

2011: AUB establishes the Arabic Regional Center for Research and Training in Mental Health.

2012: AUB announces establishment of the Asfari Institute for Civil Society and Citizenship.

2012: Farouk K. Jabre Center for Arabic and Islamic Science and Philosophy was established.

2014: AUB announces largest gift in its history, donation of $32 million form Jamal Daniel and the Levant Foundation toward the University's Medical Center expansion.

2015: Board of Trustees votes to reinstate tenure.

AUB's New York Office is the Corporate and Administrative Headquarters of AUB in the United States. 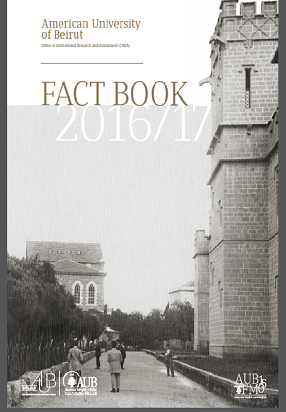 Facts and Figures: a quick summary.

Fact books are published by the Office of Institutional Research & Assessment (OIRA), AUB.

Directory of Alumni, 1870-1952: Compiled by AUB Alumni Association in 1952. Directory of all graduates between 1870 and 1952. Lists the names of the graduates their class dates, degrees, and more. Click here for more Alumni Directories

History Makers: From the Ottoman Empire to the modern Middle East, a sampling of people who made AUB proud.

One Hundred and Fifty