·     Several maps of Lebanon, including some topographic maps of several regions that date from 1940 to 1966; geologic maps that date from 1929 to 1975; land cover maps (FAO 1991); aerial maps including 270 aerial views of Beirut (black and white) from 1991 and acquired from the Directorate of Geographic Affairs, etc.

·     Map of the Western part of Asia Minor/drawn by Henry Kiepert from his own researches and other surveys, mostly unpublished (1890-1892).

Map of Beirut by Julius Loytved 1876 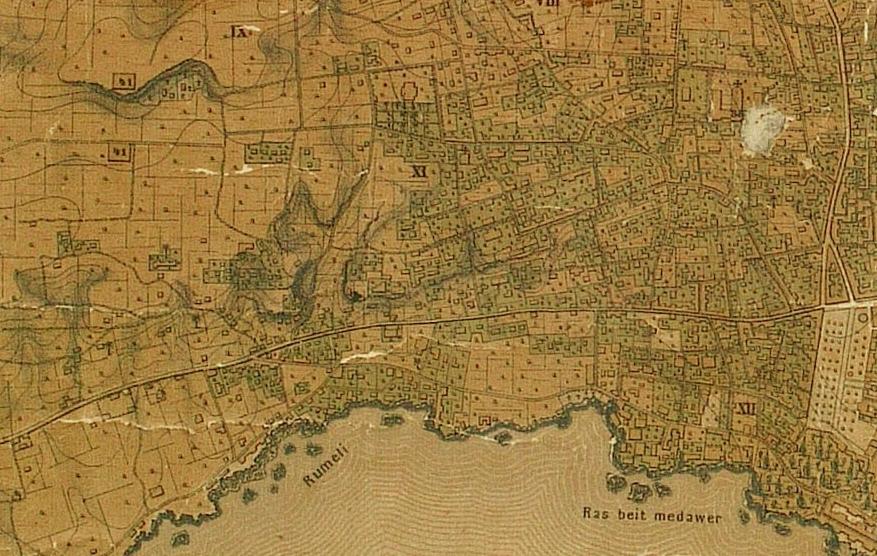