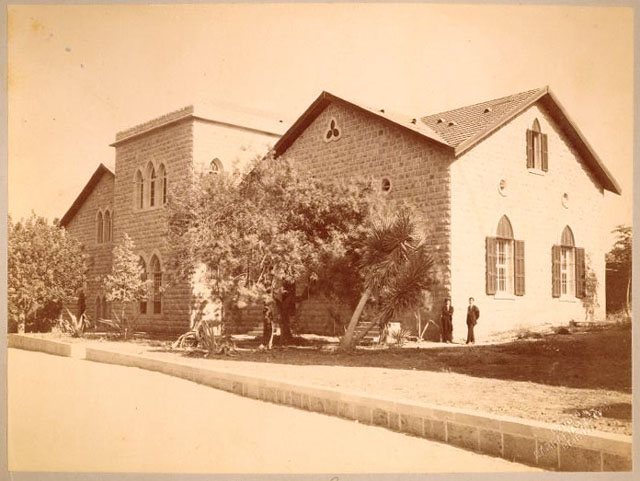 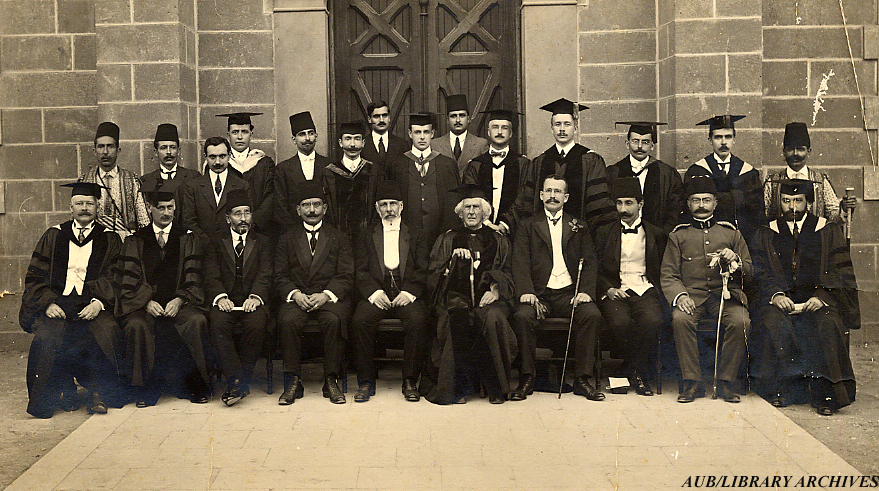 Visit of the Imperial Commissioners to SPC, 1913 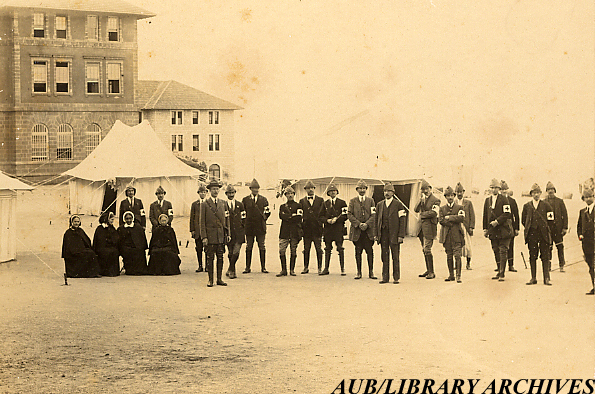 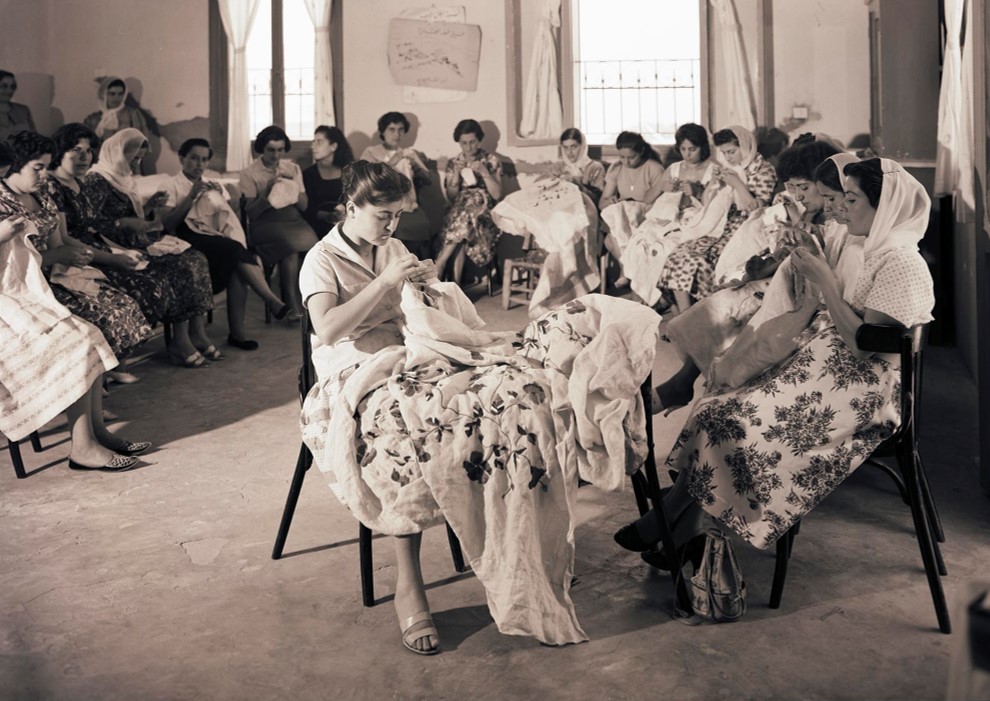 To search for specific AUB Events photos, please search our Library catalog AUBCAT, using the advanced search and using a keyword, title or author search while limiting your search to "material type= photos".

o  The E.W. Blatchford Collection, ca.1880 to 1900: 801 photographs of the Middle East collected by E.W. Blatchford and donated to AUB by his daughter, Mrs. Howard Bliss. The collection features photos of historical monuments, archeological sites, buildings and architectural details, landscapes, scenes of daily life and economic production, portraits, etc. Most pictures were shot outdoors, while a few were shot in studios.

o  The Moore Collection, 1892-1902: 106 black and white photos of AUB campus, Lebanon, and the region, 79 of which have been digitized. Photos were taken between 1892 and 1915, and are part of Moore's work which extends to cover AUB campus, as well as Lebanon and its mountains, Syria, and Palestine.

o The Palestine Archaeological Museum photo collection, 1910-1976: 29 albumen photographic print and 2 postcards, documents the landmarks in Qumran, Palestine. The collection is relevant to researchers interested in the archaeology of the Middle East and specifically Palestine. 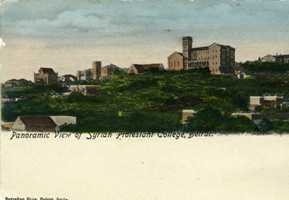 Postcards: ASC owns a collection of late 19th and early 20th c. AUB postcards. The earliest postcard found at AUB's University Library's Archives Department is labeled "Panoramic View of Syrian Protestant College" and dates back to 1898. Back then, writing messages on the back of the cards was not allowed: rather, a space was left on the front of the card where the sender could jot down some notes. Starting in 1901, content on the back of the card was allowed, and in 1907 the space on the back of the cards started to be divided into two, thus taking its present-day form.

To order a photograph or postcard

To request  digital copies of some of our unique holdings, please email the above form to us: asc@aub.edu.lb